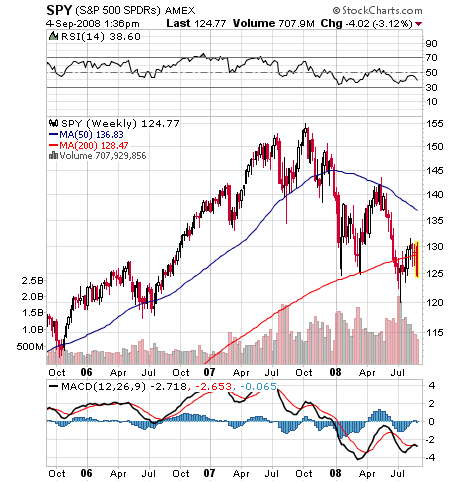 On August 12th I went short SPY around $131 (actually used SDS) based on the “failed breakout scenario” I noted in the trade report. While it’s been a bumpy ride, the trade is really starting to take off now. This is a good example of how important it is not to pull out of a trade before a support/resistance based stop is hit.

Unfortunately I don’t have annotation capabilities from where I am writing this, but take a look at the longer term weekly chart of SPY. As I pointed out back in August, the long term trend for SPY was and is still down, and the bounce was forming a nice looking bearish flag. This is one of the things I took into account when making the early “failed breakout” trade. 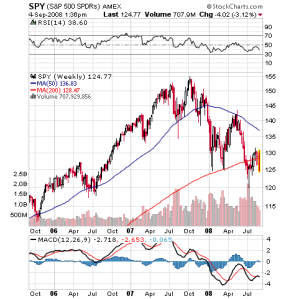 Now let’s look at the current daily chart. This is what I call a beautiful breakdown (assuming it closes like this) of a trading range support level that we have been watching closely in the trade report over the past month. Those of you not yet in the short trade trade can wait for a pullback toward the top of the breadown bar and 50 day moving average for entry. 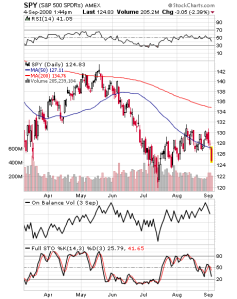 I have been quite aggressive with this short setup, so I used SDS rather than shorting SPY. SDS provides 2x the leverage.